BTP protocols request for contract renewal at the Port of Santos with projected investment of R$ 1.3 billion

BTP protocols request for contract renewal at the Port of Santos with projected investment of R$ 1.3 billion

The request for early renewal of the lease was received by the Ministry of Infrastructure. The document presents BTP planning program for its concession period from 2027 to 2047.

Brazil, Santos, May 27, 2021 – Brasil Terminal Portuário (BTP) requested yesterday (26) for the early renewal of its leasing contract in the Port of Santos, with an investment commitment of about 1.3 billion reais planned for the next 20 years of extension. In an audience at the Ministry of Infrastructure, BTP’s CEO, Ricardo Arten, officially handed over the document to the National Secretary of Ports, Diogo Piloni.

The Company’s plan regarding the early renewal request for contracts extension is to continue investing to increase its operating capacity within the current limits of the terminal. For this, the future investments consist of the purchase of 4 additional STSs (Ship to Shore cranes), 27 RTGs (Rubber Tire Gantry) and 46 terminal trucks. With the new acquisitions, the terminal will have a total of 12 STSs, 57 RTGs and 103 Terminal Tractors.
In addition to the purchase of new and modern equipment, the investment plan also includes the strengthening of the berths to attend vessels of 366m length, the automation process of the terminal’s gates, the relocation of the administrative building, adequacy of other facilities as well as the expansion of the reefer area. With the above, it is expected the increase of operational area of approximately 24 thousand sqm, from the current 430 thousand sqm to 454 thousand sqm total.

BTP’s lease agreement was signed in 2007 for a period of 20 years, extendable for another 20 years, based on the Ports Law (12,815). BTP’s initial investment in the construction and implementation of the terminal reached U$ 1 billion, of which R$ 257 million was invested on the environmental remediation of the area where the terminal is located (formerly known as the Alemoa’s dump), a project that solved the greatest environmental liability in a port area in the country. Operations started about 6 years later, in 2013 and, since then, other investments have been made by the Company, such as the acquisition of new equipment in 2019, with total of 9 million dollars invested.

Ricardo Arten is optimistic about the concession renew process and reinforced the willingness and openness to dialogue with the Government during the plans’ preparing stages. “There was a public-private partnership throughout this process in which we built the plan. And the dynamics of dialogue with the Government was fundamental, so that we elaborate an investment plan that allows the development of the port infrastructure while, at the same time, ensures the return to our shareholders. We understand that the bases of this document are very solid, and our expectation is that the Ministry of Infrastructure, through the Secretariat of Ports, will approve the request for renewal and proceed with the signature of the contractual amendment”. 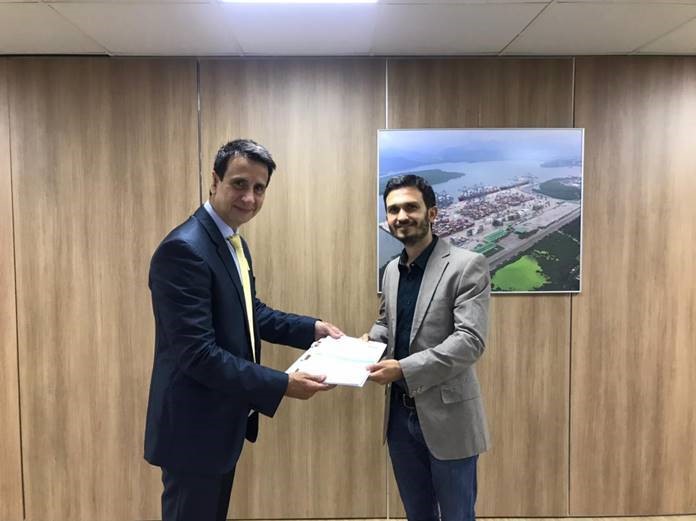 Photo: Diogo Piloni and Ricardo Arten in an audience in Brasilia / Brazil

For the chairman of the Board of Directors of BTP and director of Terminal Investment Limited (TiL), Patricio Junior, who was also in another hearing with the Ministry of Infrastructure this Wednesday afternoon (26), the request for anticipated renewal of BTP’s contract demonstrates the willingness of foreign investors, such as TiL, to continue investing in Brazil “We believe in Brazil and we will continue to invest. This request for early renewal of BTP’s contract is proof of such. This country is already a gigantic potential. And to take off, we just need to pay more attention to the governance structures, insisting on a solid regulatory framework, which guarantees legal certainty for those who are investing in intensive capital and working hard to increase the national infrastructure competitiveness” he points out.

Regarding new jobs creation, the expectation is that the Company will generate up to 2 thousand direct jobs and up to 10 thousand indirect jobs positions with the renewal of the concession contract. Currently, BTP has 1,400 direct employees in its staff. 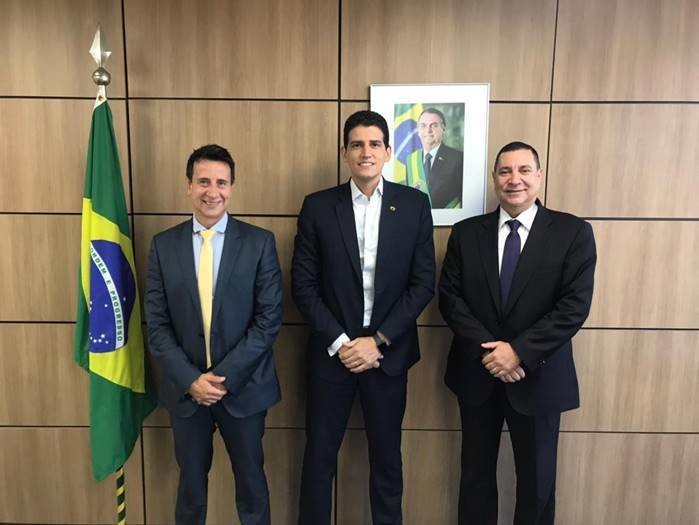 About BTP: Operating since 2013, BTP – a 50/50 joint venture between Terminal Investment Limited and APM Terminals – is among the leading port operators in the country. With a culture of sustainability and safety of people and cargo in its DNA, the Company gathers important competitive advantages that enable high-level results in its operations. The excellence of its services was ratified with the granting of the Authorized Economic Operator (OEA) and Integrated Management System (SGI – NBR ISO 9001:2015, NBR ISO 14001:2015 and OHSAS 18001) certifications, which are recognized worldwide.